In this presentation, we will discuss the Data Documentation Initiative (DDI) standard for describing the data produced by surveys and other observational methods in the social, behavioral, economic, and health sciences.

We will spend the bulk of our time highlighting DDI-Codebook and DDI-Lifecycle. DDI-Codebook is a more light-weight version of the standard, intended primarily to document simple survey data. DDI-Lifecycle is designed to document and manage data across the entire life cycle, from conceptualization to data publication, analysis and beyond.

It encompasses all of the DDI-Codebook specification and extends it to more complex, linked, and longitudinal data. Based on XML Schemas, DDI-Lifecycle is modular and extensible.

We will also briefly discuss the DDI Alliance organizational structure, as well as products currently under development.

1) To understand DDI-Codebook, including when and how to use it.

2) To understand DDI-Lifecycle and an applied example.

Jane Fry
Jane Fry has been 'doing data' for over 15 years at Carleton University. She received an MLIS from San José State University (San José, CA) in 2014, an MA in Sociology from Carleton University in 1995, and a BA (Hons) from Carleton University in 1990. In addition to substantial experience and knowledge in Data Services within an academic library, Jane also has very strong skills in research data management, data literacy, and teaching. On an international level, she has been invited to co-instruct a course on providing data services at ICPSR, as well as being invited to lead workshops on data-related topics in local, national and international arenas. Jane has a strong public service orientation which leads her to be actively involved in a number of Library committees, as well as committees in the Carleton University community, and committees on the provincial, national and international levels. As an developer, Jane continues to be a leader in the metadata effort for OCUL. From 2016 to 2020, Jane is serving as the Canadian member of the Governing Council of ICPSR, the world's largest social science data archive.

Jared Lyle
Jared Lyle is an Archivist at the Inter-university Consortium for Political and Social Research (ICPSR), where he directs the Metadata and Preservation Unit, which is responsible for Metadata, the Bibliography of Data-Related Literature, and Digital Preservation. He also serves as Director of the Data Documentation Initiative (DDI), an international metadata standard for describing survey and other social science data.

Barry Radler
Barry Radler is a social scientist whose research interests are survey research methodology and mass communication. With twenty years of experience in the behavioral sciences, he has worked with universities, government agencies, and Fortune 500 companies. Radler has a practical understanding of the realities involved in the measurement, observation, and analysis of behavioral phenomena. Radler possesses a wealth of experience in applying new technology to the study of psychological and social phenomena. Before joining the Institute on Aging at the University of Wisconsin-Madison, Radler implemented an automated data entry system (using Optical Character Recognition scanning) for a publishing company's readership surveys. He also developed an online survey tool for UW-Madison, conducting a series of mode comparisons between mail and web-based surveys. He has delivered online research capabilities to several academic departments and provided consultation to private business. Currently, Radler is working with a technological metadata standard called the Data Documentation Initiative (DDI) to develop better documentation for the Midlife in the United State (MIDUS) study. 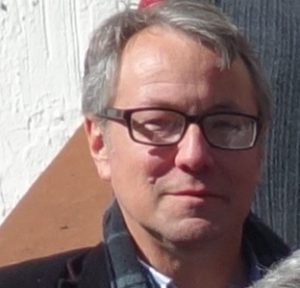 Arofan Gregory
Arofan Gregory was born and raised in northern New England. Now a resident of Tucson, Arizona, he works as an IT consultant specializing in statistics and research data, which allows him to travel to Europe, Australia, Mexico, and throughout North America. He spends his spare time on numerous hobbies, including the study of the Victorian and Edwardian eras, with a focus on military history. He collects, sculpts, and makes Victorian-era "glossy" toy soldiers, and has been known to use them to run tabletop wargames in the tradition of H.G. Wells.