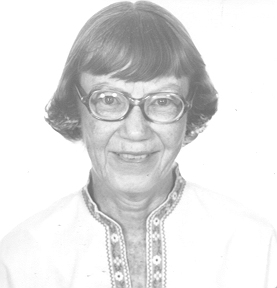 OTHER INFORMATION:
Originally secretary and technical aide to Dr. A.N. Richards, Chairman of the Committee on Medical Research of the World War II Office of Scientific Research and Development, headed by Dr. Vannevar Bush(1942-46).  Secretary of the Special Committee on Technical Information of the Research and Development Board, headed by Dr. Vannevar Bush, in the Department of Defense (1946-51); Assistant for Program Development and then Program Director for Scientific Information Research, Office of Scientific Information, National Science Foundation (1951-66); Projects Administrator in the field of Information Processing in the Research Department, Central Intelligence Agency (1966-70).  Retired June 30, 1970.

Cleverdon called her "the major influence on documentation research" in the 1950's because of her oversight of dozens of projects;"