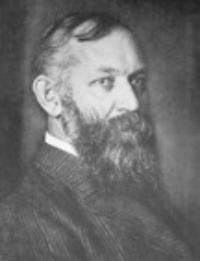 Herbert Haviland Field founded and operated one of the largest science information services on the early twentieth century, the Concilium Bibliographicum. He also undertook intelligence work for Allen Dulles during the First World War. Born in Brooklyn on April 25, 1868, the same year as his rival and collaborator Paul Otlet, Herbert Field was a gifted zoologist and a Quaker idealist. An early recipient of a Harvard Ph.D he also received French and German doctoral degrees. Committed to social idealism and international peace, he dedicated himself to improving bibliographical access to biological literature and founded the Concilium Bibliographicum in Zurich, Switzerland, in 1895, the same year Paul Otlet and Henri LaFontaine founded the International Institute for Bibliography in Brussels, Belgium. Herbert Field married Nina Eschwege, a British woman of German descent, and they had four children, two of whom, Noel and Hermann, became famous for their connections with Communist espionage activity and for being kidnapped by Soviet intelligence in 1949 and held captive for some five years as they were used as sources for the bloody purges in the Soviet bloc.

At the Concilium Bibliographicum, initially financed from his personal and his family’s funds, Field aimed at completeness of coverage in all languages, precise classification using the Universal Decimal Classification, card files, but no abstracts, which were copied and mailed to subscribers. Although he was unable to make his service financially self-sustaining, by the 1903 some 13,000,000 cards had been sent to over 600 subscribers.

Field died of the influenza on April 04, 1921, in Zurich Switzerland. The Concilium Bibliographicum continued with great difficulties until it closed in 1940 amid wartime difficulties and both it and Field were almost completely forgotten.