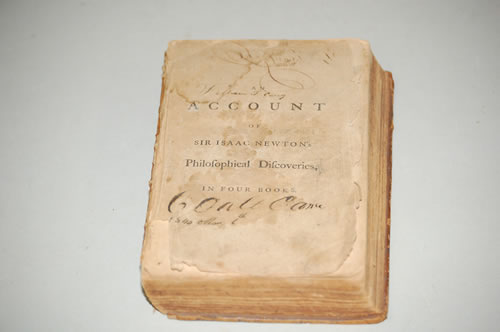 In 1910, Bendikson joined the staff of the New York Public Library through the influence of John Shaw Billings. He became a cataloger. In 1916, he joined staff at Huntington Library (initially in NY, 1920 moved to San Marino, CA). He later set up a photo lab and completed research and publications on photographic techniques in documentation, including microprint (inspiring Fremont Rider), detecting alternations to documents and deciphering of damaged documents. He was a founding member of the Board of editors of the Journal of Documentary Reproduction. He retired 1943.

The following brief biographical sketch appears in the introduction to the finding aid to his papers:

Dr. Lodewyk Bendikson was born in 1875 in Amsterdam. He received his early training at The Hague and was originally destined for a military career, but was unable to pass the required eye exams at the age of 12. He subsequently spent six years at Latin High School (Gymnasium) at Amsterdam and then entered medical school at the University of Amsterdam in 1893, where he graduated with his M.D. in 1901. Dr. Bendikson first visited the U.S. to do post graduate work at New York University and Bellevue Hospital Medical College, and went on to work from 1903-06 as a clinical assistant at Bellevue. In 1906 he returned to Holland and worked for a time at the City of Amsterdam Hospital, then returned to the U.S. and established a permanent residence in 1909. However, owing to frequent visits to Europe he did not qualify for U.S. citizenship until 1923. In 1910, Dr. Bendikson joined the staff of the New York Public Library through Dr. John Shaw Billings, a former surgeon general of the U.S.A. and the person responsible for the consolidation of the New York Public Library. (He and Dr. Bendikson had come into contact at the New York Academy of Medicine). After six years with the New York Public Library, Dr. Bendikson joined the Huntington Library staff in February of 1916. Dr. Bendikson was one of the first men to join the staff of the Huntington Library in New York, and was instrumental in the move of the library from New York to San Marino. He worked for the Huntington Library for 27 years, during which time he contributed significantly to reproduction techniques and photographic imaging. Some of his breakthroughs included the use of color filters to make the Huntington's ink stained Benjamin Franklin autobiography manuscript legible, infra-red imaging to illuminate passages obliterated by Spanish Inquisition censors, use of ultra-violet radiation to reveal invisible ink secret writing in Revolutionary era letters from Silas Deane to John Jay, and microphotography methods to help distinguish real texts from facsimiles. Also thanks to Dr. Bendikson's experimenting, photostat reproductions from the Huntington were known to be of the best quality, both in terms of image clarity and resistance to fading. He also demonstrated that the fears of the time that microphotographic film would rapidly deteriorate were unfounded. In some cases he was able to adapt existing equipment for his experiments, like his favored Leitz Ultrapak/Ultropak microscope, or the way he used his Leica camera in conjunction with a photostat mounting apparatus for ease of imaging. When he found ultra-violet light sources unsatisfactory for his work, however, he created a new highly successful yet cost-effective type of ultra-violet light source for documentary photography. Dr. Bendikson lived in Pasadena. He retired from his post as the director of the Department of Photographic Reproductions in 1943, and passed away May 27, 1953.