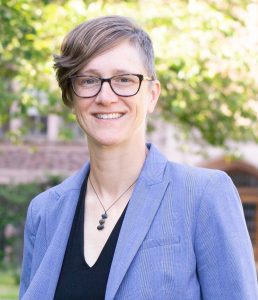 Dr. Starbird’s research sits at the intersection of human-computer interaction and the emerging field of crisis informatics — i.e., the study of the how social media and other information-communication technologies are used during crisis events. Currently, her work focuses on the production and spread of online rumors, misinformation, and disinformation during crises — including natural disasters, political disruptions, and a global pandemic. In particular, she investigates the participatory nature of online disinformation campaigns, exploring both top-down and bottom-up dynamics. Dr. Starbird received her BS in Computer Science from Stanford (1997) and her PhD in Technology, Media, and Society from the University of Colorado (2012). She is a co-founder and current director of the UW Center for an Informed Public. 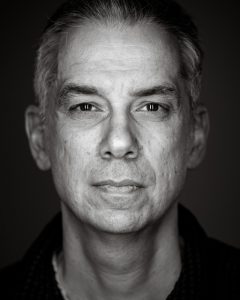 Lee McIntyre is a Research Fellow at the Center for Philosophy and History of Science at Boston University. Formerly Executive Director of the Institute for Quantitative Social Science at Harvard University, he previously taught philosophy at Colgate University, Boston University, Simmons University, Tufts Experimental College and Harvard Extension School, and was Associate Editor in the Research Department of the Federal Reserve Bank of Boston.

McIntyre is the bestselling author of POST-TRUTH -- which was named a CNN Book-of-the-Week in April 2018 and a Best Book of 2018 by the PBS News Hour -- along with fourteen other works of fiction and nonfiction, including DARK AGES (2006), THE SCIENTIFIC ATTITUDE (2019), and his latest book HOW TO TALK TO A SCIENCE DENIER (2021), which was named one of the 32 Best Nonfiction Books of 2021 by the Next Book Idea Club. His work has been translated into thirteen languages.

McIntyre's popular essays have appeared in the New York Times, Washington Post, Boston Globe, Baltimore Sun, Nature, Newsweek, Scientific American, The Chronicle of Higher Education, and numerous other venues. He has appeared on CNN International on Amanpour and Company -- and several other programs on PBS, NPR and the BBC -- and has spoken at the United Nations, the Aspen Institute, and the Vatican.

In November, 2018, McIntyre went undercover at the Flat Earth International Conference in Denver, Colorado, as research for his newest book, which resulted in over a hundred media appearances, including the June 14, 2019, cover story of NEWSWEEK. In 2021, he starred in the docu-series INFODEMIC: Global Conversations on Science and Misinformation, broadcast on LINK TV and PBS.