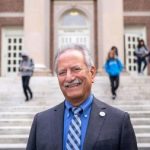 Gary Marchionini is the dean and Cary C. Boshamer professor at the School of Information and Library Science of University of North Carolina at Chapel Hill. His research interests include information interaction, human-computer interaction, human-centered computing, information retrieval, digital libraries, information architecture, digital government, cyberspace identity,information policy. He heads the Interaction Design Laboratory at SILS. His Ph.D. is from Wayne State University in mathematics education with an emphasis on educational computing. He was previously professor in the College of Library and Information Services at the University of Maryland and a member of the Human-Computer Interaction Laboratory. Professor Marchionini served for ten years as the Director of Evaluation for the Perseus Project (a digital library devoted to classical culture) and served for two years as the General Editor of Hypertext Publications for the Association of Computing Machinery. He was Editor-in-Chief for the ACM Transaction on Information Systems from 2002-2008. Now, he is the Editor-in-Chief of Data and Information Management. 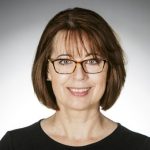 Sanda Erdelez is a Professor and Director at Simmons University School of Library and Information Science. She received her LL.B. and LL.M degrees from the University of Osijek Law School (Croatia) and Ph.D. in information transfer from Syracuse University. She was also a faculty member at the University of Missouri, University of Texas at Austin and University of Osijek. Her research interests include human information behavior, human-computer interaction and usability evaluation in online environments. She published over 80 scientific papers and gave more than 70 research presentations. She has been internationally recognized for her pioneering research on information encountering (the role of serendipity in information behavior). Her research has received funding from both corporate and government sources including Dell Inc., SBC Communication, Texas State Government, and NSF. She is an active member of ASIS&T, where she has served in numerous leadership roles including the chair of Special Interest Group on Information Seeking and Use (SIG USE) and the member of ASIS&T Board of Directors. In 2015, Dr. Erdelez received the Outstanding Contribution to Information Behavior Research Award from SIG USE and also became a member of the SIG USE Academy of Fellows.

Jim Jansen is a principal scientist in the social computing group at the Qatar Computing Research Institute, Professor in the College of Science and Engineering, Hamad bin Khalifa University, and Adjunct Professor at the College of Information Sciences and Technology at The Pennsylvania State University. He is a graduate of West Point and has a Ph.D. in computer science from Texas A&M University, along with master degrees from Texas A&M (computer science) and Troy State (international relations). Jim is the editor-in-chief of Information Processing & Management. He has served as a Senior Fellow at the Pew Research Center with the Pew Internet and American Life Project. Jim has authored or co-authored 300 or so research publications, with articles appearing in a multi-disciplinary and extremely wide range of journals and conferences

Bin Wang is the director of the artificial intelligence laboratory of MI and the chief scientist of NLP. Before joining MI, he was engaged in scientific research related to natural language processing and information retrieval in the Chinese Academy of Sciences. And he has worked as a doctoral supervisor and a researcher of the Chinese Academy of Sciences and a professor of the University of Chinese Academy of Sciences. What’s more, He has published and co-published nearly 150 academic theses, and his achievements in scientific research have won 2 Second Class Prizes of The State Scientific and Technological Progress Award and 3 provincial and ministerial technology awards. He is the director of Chinese Information Processing Society of China and the editorial board member of Journal of Chinese Information Processing. He is also the member of the special committee of many famous institutions including the Computational Linguistics, Information Retrieval, Language & knowledge Computing and Social Media Processing of Chinese Information Processing Society and so on. And he is the member of China Computer Federation Technical Committee on Chinese Information Technology. Moreover, he has been a member of the procedure committee of SIGIR, ACL, WWW, IJCAI, AAAI, CIKM and other important conferences for a long time.