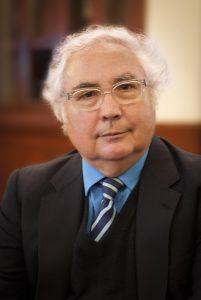 Manuel Castells is University Professor and Wallis Annenberg Chair in Communication Technology and Society at the University of Southern California, and Emeritus Professor at the University of California-Berkeley. He has authored 35 books on the sociology of the Internet, political communication, political economy, urban sociology, regional development and social movements, many of them translated into several languages.

"Information for a Sustainable World: A Call to Action"
Note speakers TBD