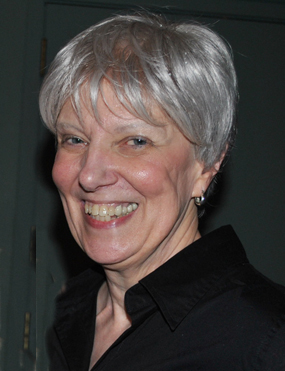 The Dr. Deborah Barreau Memorial Award for outstanding contributions to Special Interest Group – Digital Libraries (SIG-DL) has been established in memory of Dr. Deborah Barreau, a leader in ASIS&T for many years including SIG-DL Cabinet Representative (2006), SIG-DL Chair (2008), Leadership Development Chair (2008), Board of Directors (2009-2011) and ASIS&T Executive Committee (2011).  Dr. Barreau served as an advocate for SIG-DL and emerging leaders within the ASIS&T Community and she mentored many of the SIG-DL members to become active contributors within the ASIS&T community.

Dr. Barreau was the Frances Carroll McColl Term Professor at the University of North Carolina at Chapel Hill’s School of Information and Library Science, where she taught for ten years. An influential researcher, her work on personal information management in particular has been widely cited both inside and outside the digital library field. She was a masterful teacher, winning the school’s Award for Teaching Excellence in 2004 and in 2008, and the Outstanding Information Science Teacher International Award from the American Society for Information Science and Technology in 2002. Highly respected and regarded by her colleagues and students, she was known for her dedication, commitment and kindness; exceptional mentoring skills-offering time and advice at all hours; and for creating a classroom environment that encouraged creativity while helping her students understand how what they were learning was related to their own lives.

The Dr. Deborah Barreau Memorial Award honors ASIS&T SIG-DL members who have made significant contributions to the Digital Libraries Special Interest Group through service, projects, research or professional development initiatives that enrich the SIG-DL community.  The award is intended to encourage active engagement of SIG-DL members, recognizing outstanding service to the SIG. In addition to recognition of exceptional contributions to SIG-DL, awardees will also receive a modest monetary award which will be presented in a brief ceremony during the SIG-DL business meeting held at the ASIS&T Annual Meeting.

Only ASIST SIG-DL members are eligible to be nominated. Current SIG-DL Executive Committee members are not eligible.

Selection will be based on an evaluation of the breadth and depth of the contributions to SIG-DL. A panel of three SIG-DL Executive Committee members will select the recipient. Depending on the quality and diversity of the nominations, the award may not necessarily be granted every year. In that instance, the prize money shall be reserved until the following year.

Nominations received after September 1 of each year will not be considered for that year’s award; they will instead be rolled over for consideration the following year.

To submit a nomination, e-mail SIG-DL Chair Kevin Comerford (kevco@unm.edu) with the nomination materials. Self-nominations are not accepted. Nominations will not be considered until all materials have been received.

Nominations will be comprised of the following elements:

Letters of support of the nominee are optional, but accepted.