Cynthia G. Hurd, Librarian, Among Those Killed in Charleston Shooting 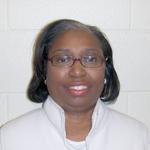 Hurd graduated from Clark Atlanta University and received her MLS from the University of South Carolina. She lived with her husband, Steve Hurd, on Charleston’s east side. She would have turned 55 on June 21.

“Her loss is incomprehensible, and we ask for prayers for her family, her co-workers, her church and this entire community as we come together to face this tragic loss,” CCPL stated. “Cynthia was a tireless servant of the community who spent her life helping residents, making sure they had every opportunity for an education and personal growth.”

A FRIEND TO THE COMMUNITY

Hurd worked with CCPL for 31 years. At the time of her death she served as manager of the St. Andrews Regional Library branch. From 1990–2011 she was manager of the John L. Dart branch, named after the founder of the Charleston Normal and Industrial School for local black children in 1894. Charleston’s first free public library for African Americans was established in 1927 by Dart’s daughter, Susan Dart Butler, and when the 75th anniversary of its founding was commemorated in 2012, Hurd worked on the planning committee. She was active in the community as well, serving on the Charleston City Housing Authority board of commissioners.

In addition to working full-time at CCPL, Hurd worked at the College of Charleston’s Addlestone Library as a part-time librarian since the 1990s—its longest-serving part-time librarian. A statement from the College said, “She was a protector and lover of books and a fountain of knowledge whose loss will be felt by our entire College community.”

Hurd was the sister of former North Carolina Sen. Malcolm Graham, who used to attend the church as a child. In a statement released Thursday, Graham said, “My sister, Ms. Cynthia Marie Graham-Hurd, was a victim of the senseless hate crime at Emanuel AME Church. It is unimaginable that she would walk into church and not return. But that’s who she was—a woman of faith.”

Graham spoke through tears at a conference, the Charlotte Observer reported, remembering his sister. “’She was a nerd,’ Graham said lovingly. ‘She was a librarian.’”

A fund has been established to help the families of the victims. Charleston Mayor Joe Riley announced the Mother Emanuel Hope Fund on Thursday, stating that the city had already pledged $5,000. The website is planned to be operational by Friday, June 19; the fund will also accept checks made out to “Mother Emanuel Hope Fund” at the following address: