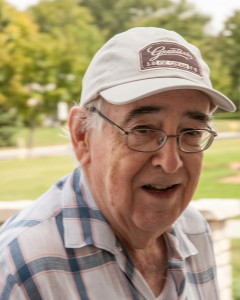 George was ASIS&T Treasurer, 1999 – 2001, and served several terms as Treasurer of the Central Ohio Chapter, among other activities for the Chapter.

As colleague Gerard Platau notes, “George was a truly decent, selfless human being and friend of all ASIST members.”

George grew up in New Providence, NJ.  He excelled in educational pursuits through high school and continued this excellence while receiving his Bachelor’s degree from Lehigh Univ and a Doctorate from M.I.T.

Upon graduation he was employed by Esso Research before he moved to Columbus, OH, where he was an editor for Chemical Abstracts Service for over 40 years.  George attended the 2nd (2012) and 3rd (2013) Annual Retiree Potlucks where he enjoyed chatting with colleagues from CAS.

George had a love of music and thoroughly enjoyed attending the Columbus Symphony Orchestra, the ProMusica Chamber Orchestra and Jazz Arts Group.

A memorial service will be held at Summit United Methodist Church on Dec 5, 2015 at 11am.
http://www.legacy.com/obituaries/dispatch/obituary.aspx?n=george-douglas-ryerson&pid=176312950