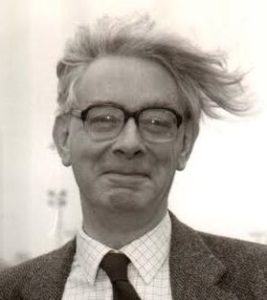 The founder of the University of Leicester’s astronomy department, has died.

During five decades in academia, Arthur Jack Meadows (known as Jack) also won acclaim as an information scientist, a prolific writer and a senior administrator at Loughborough University, where he held dean and pro vice-chancellor roles.

Born in Sheffield on 24 January 1934, Professor Meadows moved around during his childhood as his father, Harold, an RAF chef, sought work across the UK in the catering and services industry.

After attending more than 15 schools by the age of 16, Professor Meadows’ potential was spotted by his headmaster at Archbishop Tenison’s School, in south London, who encouraged him to apply to university.

After completing his national service, he took a first in physics at New College, Oxford, and stayed on to complete a DPhil in astronomy.

He later studied at University College London, where he was awarded an MSc in the history and philosophy of science, and was a Fulbright scholar in the US, where he worked as an assistant professor at the University of Illinois between 1959 and 1961.

Professor Meadows returned to the UK to become a lecturer at the University of St Andrews. But his career took a turn away from physics in 1963 when he was appointed assistant keeper in the Slavonic section of the British Museum library, having become proficient in Russian during his national service.

He returned to physics in 1965 when he moved to the University of Leicester, where he established its astronomy department. Professor Meadows remained there for more than two decades, rising to become professor of astronomy and history of science.

Professor Meadows was honoured by the university in 2006 when it named a minor planet – Asteroid 4600 Meadows – after him. The minor planet, which is 15 to 20 miles in diameter, lies at a distance of about three times the Earth’s distance from the Sun, and is not expected to ever enter Earth’s orbit.

He said at the time that he was “delighted to think that there is an object in the solar system that will carry my name long after I am dead”.

Professor Meadows moved to Loughborough in 1986 as professor of library and information studies, drawing on an interest in the science of information organisation, storage and retrieval started during his time at the British Museum.

As well as holding senior managerial roles, Professor Meadows was director of the British Library-funded Library and Information Management Research Unit at Loughborough from 1986 to 1997.

Although he retired in 2001, he continued to play an active role in academia, regularly visiting Loughborough to help out where he could, and writing in scholarly journals.

Held in high esteem by students and colleagues alike, Professor Meadows was known for his wry humour, listing “sleeping in meetings” among his recreations in Who’s Who.

Professor Meadows was a “true human being, and an excellent teacher, researcher and administrator”, said former student Chennupati Ramaiah, who now leads the department of library and information science at Pondicherry University, in India.

Throughout his career, he published more than 250 journal articles and some 30 books, including Communication in Science and Communicating Research.

Professor Meadows died peacefully on 18 July with family members at his side, listening to one of his favourite pieces of music, Mozart’s Clarinet Concerto.

He is survived by his wife, Jane, their son and two daughters and eight grandchildren.