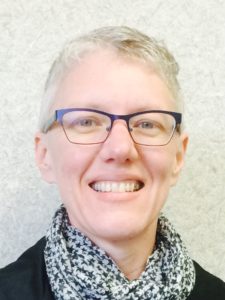 The Association for Information Science & Technology (ASIS&T) is delighted to announce that Lynne Bowker has been awarded a 2018 Bob Williams History Fund Research Grant Award for her work titled, “Revealing One of Information Science and Technology’s “Hidden Figures”: How Helmut Felber brought information science principles to bear on the development of early term banks.” The Bob Williams History Fund was created for the purposes of supporting and encouraging research and publication in the history of information science and technology.

In selecting Bowker, the Jury said, “The jury agreed that the proposal reflects a novel and exciting investigation of the work of Helmut Felber, a librarian and researcher who worked alongside “the father of terminology science”, Eugen Wüster. The relationship between terminology and indexing is very central to information science and has not received the attention it deserves. The jury also appreciated the connection to ASIS&T’s call for research that investigates the impact and influence of information science on other domains, as well as broadening the representation of non-English authors and bringing such works to the attention of the international community in information science.”

Upon learning of his selection as a Bob Williams History Fund Award winner, Bowker said, “I am honoured to have been named as the recipient of the 2018 Bob Williams History Fund Research Grant Award.  With this support from ASIS&T, I look forward to delving more deeply into the historical and interdisciplinary connections between the fields of information science and terminology, with a particular focus on indexing and the work of Helmut Felber.”

Bowker will accept the award at the 2018 meeting of the Association for Information Science & Technology (ASIS&T) which will be held in Vancouver, Canada, November 10-14, 2018.