America’s Information Wars to Receive Book of the Year Award 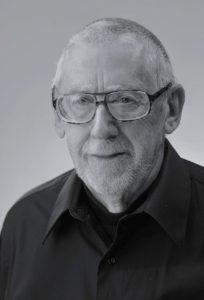 The Association for Information Science & Technology (ASIS&T) is delighted to announce that America’s Information Wars: The Untold Story of Information Systems in America’s Conflicts and Politics from World War II to the Internet Age, written by Professor Colin Burke of the University of Maryland and published by Rowman Littlefield is the recipient of the ASIS&T Best Information Science Book Award for 2019. The award’s purpose is to recognize the outstanding book in information science published during the preceding calendar year. The award is given to the author(s) whose book is judged to have made the most outstanding contribution in the field of information science during the year.

America’s Information Wars was selected as the winner from among a pool of outstanding submissions that were judged based on these criteria: social or practical importance of key questions or issues; relevance to information science and technology; validity of claims; originality of ideas or methods; significance of research; readability of the book as an integral work of scientific literature; and scholarship.

Pivoting on the personalities and careers of ASIS&T’s founders, America’s Information Wars extends the study of the history of information machines, techniques, and policies explored in Information and Secrecy and Information and Intrigue into the years of World War II, the Cold War, and Open Access debates.

The award nomination noted that, “This book’s central concern is with efforts to provide a central information service for U.S. intelligence agencies, military services, and the State Department despite many conflicting political interests. A basic challenge was finding ways to store or even index really large collections before digital computers had the storage capacity, processing power, and telecommunications capabilities that we now take for granted. (The first remote online search was not until 1963.) The technology landscape was more varied (and, therefore, more interesting) then than now, with combinations of card files, microfilm, punch cards, tabulator machines, and more, and then the very gradual development of digital computing. Large as the problems of technology were, the saga also chronicles the persistent, chronic inability to deal with problems of language in indexing and the different terminological preferences of different specialists.”

The nominators went on to note, “Professor Burke has specialized in shedding light on the reality behind much-hyped projects, such as MIT’s Project INTREX, a very expensive failure. His Information and Secrecy: Vannevar Bush, Ultra, and the other Memex (Scarecrow Press, 1994) chronicled Bush’s protracted efforts at information retrieval and cryptanalysis.”

Inescapably, the work includes much about the economics, policies, and politics of science information–from the 1960s attempts to create a central government system to this century’s Open Access protests over the spiraling cost of scientific publications.

Upon learning of his book’s selection as the 2019 Best Information Science Book winner, Professor Burke said, “I deeply appreciate this significant recognition by the association that was so important to the people and fields of endeavor I have studied for so many years.”

Professor Burke will receive his award at the 2019 meeting of the Association for Information Science & Technology (ASIS&T) which will be held in Melbourne, Australia, October 19-23, 2019.