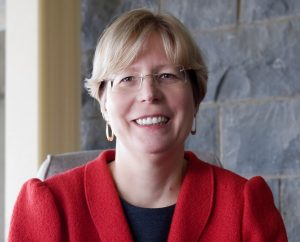 The Association for Information Science & Technology (ASIS&T) is delighted to announce that Professor Diane H. Sonnenwald, Emerita Professor and Emerita Head of School of the School of Information and Communication Studies at the University College Dublin is the 2020 recipient of the ASIS&T Award of Merit, the highest honor presented by the Association. The award’s purpose is to recognize an individual who has made particularly noteworthy and sustained contributions to the information science field. The award is based on 3 criteria: impact on theory, scholarship, and practice; exemplary leadership and sustained involvement; and education and mentoring.

Her work has built bridges to computer science, design studies, biomedicine, education, communication and computer-supported cooperative work. She has been a principal investigator on major grants from the National Science Foundation, the National Library of Medicine, the National Institutes of Health, and the European Science Foundation, as well as private corporations and foundations. In addition, Sonnenwald has published over 130 peer-reviewed journal articles, conference papers and book chapters. Her publications continue to inform new research and receive numerous citations.

Students and practicing professionals in the U.S., Sweden, Ireland, Denmark, Croatia, Portugal, Finland, the Czech Republic, and Taiwan have been directly influenced by Sonnenwald’s contributions as a teacher and faculty member. She has developed participatory learning classroom exercises and worked with colleagues to create innovative learning experiences.

Sonnenwald has conducted reviews for universities worldwide, from China to the UK, from Israel to Finland, from Maryland to Washington state. In 2015-2016 Sonnenwald was a Distinguished Visiting Professor and held an Endowed Chair at National Taiwan Normal University. Sonnenwald has also served on the editorial boards of seven international journals.

Sonnenwald was the first person working outside North America to be elected President of ASIS&T. She served as President in 2011-2012, chaired the International Relations Committee from 2013-2015, and chaired the 2016 ASIS&T Annual Meeting held in Copenhagen. In these roles she implemented initiatives to increase global participation and collaboration, creating a lasting legacy for ASIS&T.

In her nomination of Professor Sonnenwald, Marcia Bates wrote, “I am nominating Dr. Diane H. Sonnenwald for the ASIS&T Award of Merit, in recognition of her vast influence on the field of information science, on the association, and on the political and educational contexts of the information disciplines. Her research productivity and effectiveness have been recognized through publication in premier peer-reviewed journals, through the funding of millions of dollars for her research, and through her leadership as President of ASIS&T and as senior professor and director of information science programs in the United States, Europe, and Asia. Few people in the field have had as wide an influence and impact. Dr. Sonnenwald has received thousands of citations for her research on collaboration in research environments and for the concept of the ‘information horizon.’ She has influenced the direction of education in the field, and has graduates expressing her perspectives throughout the world. Diane Sonnenwald has been one of the most important and influential people in information science over many decades. She is most deserving of the Association’s highest honor, the Award of Merit.”

Upon learning of her selection as the 2020 Award of Merit winner, Prof. Sonnenwald said, “ASIS&T is a preeminent association and its many members throughout the world have significantly influenced my work for decades. I am deeply honored to receive this distinguished recognition from the ASIS&T community.”

Prof. Sonnenwald will receive her award during the 2020 meeting of the Association for Information Science & Technology (ASIS&T) which will be held virtually, October 22-29, 2020.