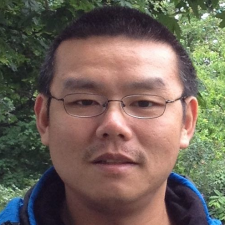 Fei Shu is a senior researcher at Chinese Academy of Science and Education Evaluation at Hangzhou Dianzi University. He completed two-year postdoctoral fellowship at Université de Montréal after obtaining his PhD in information studies at McGill University. He has become an ASIS&T member since 2013; he served as the chair-elect and the chair of ASIS&T McGill Student Chapter between 2015 and 2017. He is the current chair of ASIS&T SIGMET (Special Interest Group of Metrics),  the vice-president of Chinese Society for Scientometrics and Informetrics, and the Secretary of Canadian Association for Information Science.

As a bibliometrician, Fei’s research interests include scholarly communication and bibliometrics, focusing on the impact of science policy on research activities. His most notable work investigates the abusive use of monetary reward in China’s research evaluation, which has been highly cited and disseminated by news media such as The Wall Street Journal, MIT Technology Review, Times Higher Education, BBC and Financial Times.  Fei is also an interdisciplinary scholar with rich background from different disciplines; he has received other degrees in education, business administration, political science and journalism in his career.

Fei was one of the iFellows (2016-2018) sponsored by Andrew W. Mellon Foundations. He has published more than 40 peer-reviewed papers including more than 20 journal articles. His research has been funded by research grants internationally, including Social Science and Humanities Research Council Canada, Fonds de recherche du Québec Société et culture and National Science Foundations of China.

If honored to serve as a Director-at-Large, Fei’s goal is to support, engage and grow the ASIS&T community, which is the most important priority in his mind. He would like to promote ASIS&T through various activities, to keep the current members and recruit new members, especially in areas other than North America. For example, to increase the visibility of ASIS&T SIGMET in Asian Pacific (AP),  he recently organized a special event (ASIS&T SIGMET Chair Forum) for AP bibliometricians, inviting past chairs of SIGMET to share their research and ASIS&T connections with AP scholars.

In addition, Fei is willing to develop engagement activities for current members, emphasizing on the value of ASIS&T membership. In his opinion, ASIS&T members should benefit from their membership, including the priority and service for publications, professional development and career opportunities. He truly believes that ASIS&T can take some actions to value the ASIS&T membership. These may include member-only JASIST special issues; training and workshop for professional development; regional conferences and webinars.

As a Chinese Canadian, Fei grew up in China, started his academic career in North America, and collaborate with researchers all over the world. His diverse experience will help to communicate with people with different background and from different regions, for which he could provide a strong contribution to ASIS&T in the next 3 years.