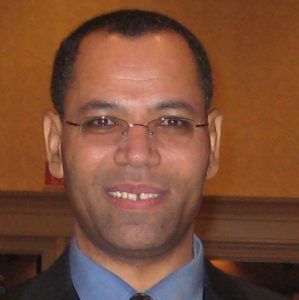 Dr. Abebe Rorissa is Professor and Director of the iSchool (School of Information Sciences) at the University of Tennessee, Knoxville (as of July 1, 2021). Prior to joining the University of Tennessee, Knoxville, he was Associate Professor and Associate Dean for Faculty Development in the College of Emergency Preparedness, Homeland Security, and Cybersecurity, University at Albany, SUNY.  Between 1988 and 2005, he worked in four countries as a lecturer and practitioner. He has also consulted for academic institutions, national governments, and international organizations on various topics. His research interests include multimedia information organization and retrieval, scaling of information needs, use/acceptance/adoption and impact of ICTs, and data analytics. He is published extensively in leading international journals such as the Journal of the Association for Information Science and Technology, Information Processing & Management, and Government Information Quarterly and served on program committees of international conferences. He is (or was) on the editorial boards of six (6) scholarly journals/publications.

Dr. Rorissa has been active in professional organizations including: (1) ALISE where he was/is Co-Chair of juried papers for the 2018 and 2021 Conferences and Vice-Chair of the Membership Committee; and (2) ASIS&T, where he has served on the editorial board of the ASIS&T Bulletin and as an assistant editor of the ASIS&T Proceedings; on various Award juries and taskforces; as SIG and Chapter chair and officer; an elected Board member and on the Board’s Executive Committee; and chair of its Award and Honors and Nominations Committees. His honors include serving as a University at Albany Provost’s Fellow and winning the ASIS&T SIG Member of the Year Award.

Soon after joining ASIS&T, our premier professional association, I realized that the energy and welcoming atmosphere at the events such as the Annual Meeting are ideal for my professional growth. That is why I became an active and engaged member of the ASIS&T community right from the get go. For close to 20 years as a member, I have not only witnessed ASIS&T’s journey to becoming a truly global association but I also contributed, in no small measure, to its growth and success through my active involvements ranging from serving in several leadership positions from SIG and/or chapter officer and chair to an elected member of the ASIS&T Board and its Executive Committee and chairing key committees.

ASIS&T has remained relevant for close to 85 years by attracting new members and developing capable leaders. For that, the credit goes to regular members who volunteered, staff and leaders who worked hard to recruit and retain new members, and presidents, board members, and members/chairs of committees who proposed and implemented new and strategic initiatives. Any new president is lucky to have an opportunity to build on such a solid foundation. If elected as President-Elect, I will continue the tradition and build on the strong ASIS&T brand while striving to further broaden the intellectual and geographic reach of ASIS&T. In order to grow its membership and deepen the impact of its work and that of the field, ASIS&T must continue to widen the scope of topics and issues addressed through its activities and events and attract a diverse group of academics, researchers, students, and practitioners from all regions of the world.

In that respect, as a socially responsible and conscious professional association, we need to make justice, equity, diversity, and inclusion a central piece of some of our new initiatives and relevant parts of strategic plans. Recruitment and retention of members, especially students and practitioners, from underrepresented regions and communities will be my primary focus. In this effort, the ASIS&T brand and current members, including those who have a wide network of colleagues from diverse regions and communities, will be leveraged. Also, I will use the new ASIS&T regional chapter structure to provide members with opportunities to network, engage, and interact locally while allowing ASIS&T to grow even more globally and become a more diverse and inclusive Association that meets the professional development needs of its broader membership. The student/regional chapters, SIGs, and other Association events could also serve as platforms for member engagement and providing professional development and networking opportunities through existing member-centered initiatives.

Finally, I will diligently implement the priorities outlined in the 2020-2025 ASIS&T strategic plan. I was fortunate to be part of the task force that developed it. In addition, in collaboration and consultation with pertinent members and groups, I will propose initiatives that fit the vision and mission of ASIS&T, advance the field as well as the interests of ASIS&T, increase engagements of members and stakeholders, and have a positive impact on society. Building bridges and strategic partnerships with sister associations as well as collaborative programming that would broaden the ASIS&T membership base will also be part of those initiatives. Most of all, I will be a responsible steward of ASIS&T’s finances and revenue generating activities, events, programs, and publications to chart a financially secure course for ASIS&T. I am convinced that ASIS&T’s future is even brighter and I would be honored to lead that future as your President-Elect.