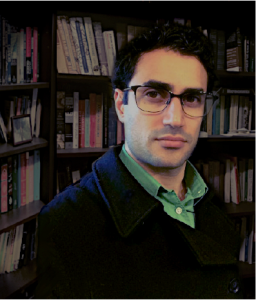 Alamir Novin is a PhD candidate researching Cognitive and Collaborative Information Seeking involving Human-Computer Interactions at the University of British Columbia’s School of Information. He is currently researching the cognitive biases that emerge when people seek answers to complex open problems, such as science controversies.

What skills does one need to be successful in the field of Information Science?

One skill that comes to mind relates to my last answer about framing and that is about communicating positionality (i.e., the relationship between the observer and the data). Many great presenters at ASIST’21 were skilled at communicating their positionality in relation to their research. For example, positionality was displayed at the ASIST’21 Doctoral Consortium when PhD students explained which life experiences motivated their interest in their dissertation topic. Positionality also scaled to when the keynote speaker, Maia Hightower, spoke about her personal experiences with oppressed communities when trying to bring equity to healthcare systems. When Information Scientists are skilled in communicating positionality, it tells the audience why the research topic can matter to a person and how to perceive or frame it. The importance of developing positionality is increasing in tandem with both the growth of “big data” and the fight against misinformation. With 3 million papers published per year, it is impossible for scientists to keep up with the sciences without trusting their peers on what is being reported. However, when positionality is communicated other scholars can use it as a heuristic for gauging the validity of data.

What skills and knowledge are over-emphasized or under-emphasized in preparation for the study and/or practice of Information Science?

In line with the preceding question, I think positionality can be further developed into ethos (i.e., the ethics of the character). During the Hellenic era, Aristotle held up ethos as a means of rhetoric that is as persuasive as logic and pathos. Today, the Internet exposes us to an overload of logic and pathos, yet ethos is harder to filter for in a virtual world filled with bots and anonymous accounts. Twitter and discussion boards now occupy the same physical space on a screen that research papers on Researchgate do. Ethos should be communicated as a metadata that contextualizes how a researcher is framing their topic: At best, it informs us on why data matters to a researcher and at worst it highlights conflicts of interest. It tells the reader know what the parameters of aresearcher’s ethics are (i.e., where do they draw the lines and are they willing to step away from publishing harmful research?). Fortunately, Information Scientists are becoming transparent about their ethos (i.e., character) and that strengthens the narrative behind their research.

In your opinion, what are the major hurdles that inhibit people from pursuing the study of Information Science?

As a field, IS is pursuing very difficult questions, such as “what is meaning?”, “what is information?”, and “what is relevancy?” Pursuing IS requires recognizing these puzzles hide insights on the human condition. As someone who came to the Information Sciences with a background in philosophy and science communication, I genuinely feel the major hurdles in pursuing IS are the very same parameters that make this the most exciting field! When I was a child, my father told me that the philosophies and sciences have answered many problems since Hellenic times, but there is still one ancient paradox that was never resolved: Meno’s Paradox was first presented to Socrates over 2,500 years ago and we are not that much closer to answering it. To demonstrate the paradox, Plato writes that Meno was searching to define "virtue" (a deceivingly simple search task). However, after several attempts he failed to do so (nor was there a search engine to satisfy him). Therefore, Meno sought the smartest man in Hellen, Socrates, for an answer. Unfortunately, Meno was left unsatisfied by the answer (there were multiple definitions presented in the debate). Meno then recognized the problem of looking for something when you are completely uncertain about what you are looking for. In Socrates attempt to refute Meno’s search problem, he accidentally crystallized the paradox better than Meno: "Do you realize what a debater's argument you are bringing up, that a man cannot search either for what he knows or for what he does not know? He cannot search for what he knows – since he knows it, there is no need to search – nor for what he does not know, for he does not know what to look for" [80e]. Meno’s paradox is one of the oldest unsolved paradoxes in Western philosophy. The challenges in Meno’s paradox share similarities with many of the subsequent hurdles in the Information Sciences: When does a user’s search begin? Does information seeking ever end? How does the user learn the meaning in the process? Overcoming the hurdles in pursuing the Information Sciences begins with recognizing that these questions will not be perfectly answered any time soon, but that is what makes them so fascinating.

How has the COVID-19 pandemic impacted how you interpret and see your work?

The pandemic enlightened my research on how information seeking behaviours lead to cognitive biases. My dissertation consisted of three experiments where the first was conducted prior to the pandemic, the second occurred near the beginning, and the third is about the current situation. The pandemic affected my outlook on these issues at each of these three stages: Before the pandemic, Eric Meyers and I conducted an experiment linking how search algorithms lead to cognitive biases. Back then, Daniel Kahneman published his seminal book on cognitive biases, Thinking, Fast and Slow, and argued algorithms mitigated biases. To show that algorithms themselves could also embed biases, we presented the example of how a search query on “do vaccines cause autism?” retrieved biased information – little did we know that COVID19 would soon overshadow this example. A few months later three great books were published that demonstrated the complexity of biases: Cathy O’Neil’s Weapons of Math Destruction, Safiya Noble’s Algorithms of Oppression, and Nassim Taleb’s Skin in the Game (two of these books were mentioned in Maia Hightower’s keynote talk at ASIST’21). These books also furthered our understanding about the role of experts. For our second experiment, Eric and I showed how search algorithms can even bias science experts with “skin in the game.” Now at the height of the pandemic, the fragility of modern society’s information systems when faced with the intricacies of how people seek information is further exposed. The third experiment for my dissertation aims to reflect some more of the complexity in cognitive bias by looking at the different framings by the public and different mediums. Today, a Google query for “COVID-19” frames a search result’s page to look nothing like the original queries for “do vaccines cause autism” that Eric and I first presented on misinformation. In brief, I want to show that today’s information seeking requires not only mitigating our own cognitive biases but also accounting for the various framings within our community and the mediums we interact with.

Have you recently witnessed any noticeable shifts within the greater Information Science community?

ASIST’21’s keynote speaker, Luciano Floridi, touched on the shift in IS when he spoke about updating our definitions on “information” and “semantics” into concepts that reflect the current explosion of data we are witnessing. I would add there is a shift in all of academia towards needing to understand what information is more concretely and that is affecting the IS community. In fact, one thing I learned from my time in philosophy and the sciences is that quite a few disciplines think that they are the final frontier of science, but then stop short of explaining how the brain translates that information into meaning. It is often argued that “space is the final frontier,” but what is space without information? We’re not travelling to space because we think there’s going to be more space, but rather it’s to find novel information within that space. What will that information look like? Will our brains recognize it as information? The quantum physicist, Redouane Al-Fakir, is a personal friend of mine and he’s very interested in Information Science because we share the same problem: What is a quanta of information? Some scholars even argue that quantum physics itself is information theory. From cognitive science to economics, there is a shift in the academic community towards studying information itself because the concept needs to be concretized. However, if the answers are both further than the depth of space yet more ethereal than quantum physics, then it means that understanding how our brains finds meaning via inquiry and information is the last frontier of science. Unlike other fields, Information Science goes one step further and asks: How does inquiry lead us to recognize information? What even is inquiry? These questions are philosophical and hark back to Meno’s paradox. I moved from philosophy and the sciences to the Information Sciences because I genuinely believe it leads on the path towards this final frontier.

Return to Inside ASIS&T, November 2021