Getting Started With SQLite (DCMI)

SQLite is a powerful relational database engine widely used in many applications. SQLite is the most used database engine in the world and implements most of the SQL (Structured Query Language) standards. It is a platform-independent, public domain, open-source database system. In contrast to other database management systems, SQLite is not a client-server database engine. Rather, it can be embeddable into programs or interfaced with simple libraries or tooling. The main advantage of this approach is that SQLite databases are very easy to deploy. There is no need for a separate database server to be installed and no need to configure networking access to the database. Another advantage of SQLite is that it has a very small footprint. The entire database engine is contained in a single C programming library, which makes it easy to integrate SQLite into a larger application. The SQLite database file format is ensured to be long-term stable, cross-platform, backwards compatible, and a recommended storage format for datasets, according to the Library of Congress. SQLite databases are also very easy to copy and move around since they are just files on disk. SQLite databases are also very fast and lightweight; at the same time, it provides the performance and advantage of a relational database, which makes them ideal for use in varying use cases, from mobile platforms to performance-critical applications. In this webinar, we will explore the features of SQLite that make it so popular and learn how to effectively use it as a database system both as a standalone database and in our applications. We will also look at the basics of SQL, some of the features of SQLite, SQLite file format and SQLite command line interface. This webinar will also introduce some popular tools and software for managing and interacting with SQLite databases. 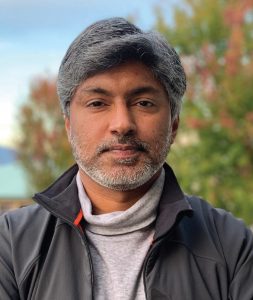 Nishad Thalhath is a doctoral candidate in Information Science and a member of the Metadata Laboratory at the School of Library, Media and Information Studies, University of Tsukuba, Japan. His research interests include metadata standards, knowledge graphs, and (meta)data interoperability. For around two decades, he has worked as a developer, engineer and consultant in various IT and ITES projects. He currently works as a part-time researcher in the Laboratory for Large-Scale Biomedical Data Technology, RIKEN Center for Integrative Medical Sciences, Japan, where he develops and manages the metadata and integration systems for omics data.