Over the last two decades, the businesses behind the media we interact with everyday have been profoundly disrupted by the capabilities of the internet. Significant change was expected, but hasn’t transpired in the ways forecast, and in some cases the moments best remembered were but brief chapters in much longer stories of change. In Media Disrupted: Surviving Pirates, Cannibals and Streaming Wars, Amanda Lotz explores how the newspaper, recorded music, film, and television industries have adapted to new distribution technologies and ways of using media that have fundamentally remade their businesses, how we can experience media, and what content is made. Amanda Lotz uses the cases of four industries in a single sector to illustrate the limits of thinking of a single ‘tech’ industry as the cause of wide-scale disruption. Using a blend of business history and extensive expertise about media industry operations, she reveals why the implications of digital disruption vary across the media sector and offers a framework for bringing similarly sophisticated analysis to other sectors as well. Her work uses detailed examples from media industries to build deeper understanding of strategies to prepare for technological disruption more generally. 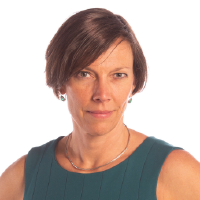 Amanda D. Lotz is the author, coauthor, or editor of ten books that explore television and media industries including We Now Disrupt This Broadcast: How Cable Transformed Television and the Internet Revolutionized It All, The Television Will Be Revolutionized, Portals: A Treatise on Internet-Distributed Television, Media Disrupted: Surviving Cannibals, Pirates and Streaming Wars, and Netflix and Streaming Video: The Business of Subscriber-funded Video on Demand, which will be published by Polity in April 2022. She leads the Transforming Media Industries research program in the Digital Media Research Centre at Queensland University of Technology where her research explores the implications of digital media on media businesses and the culture they produce. She led a major report for the Australian government assessing media business models in 2020 and the development of the Australian Television Drama Index in 2021. Her award-winning book, The Television Will Be Revolutionized, now in its second edition, has been translated into Mandarin, Korean, Italian, and Polish. Her most recent books explore the connections between internet-distributed services such as Netflix and the legacy television industry, as well as the business strategies and revenue models that differ. She is frequently interviewed by media internationally and has appeared on NPR’s Marketplace, ABC, BBC, CNN's The Nineties, HuffPost Live, and ZDF and been interviewed for articles in the Los Angeles Times, The Guardian, The Atlantic, Christian Science Monitor, the Associated Press, Wired, and Men’s Health among many others. She has published articles about the business of television at Quartz, Salon, The New Republic, hosted the Media Business Matters podcast, and tweets about television and media @DrTVLotz. For more, see amandalotz.com