Connected But Not Collective: Unsuccessful Digital Activism on Wikipedia (SIG-SM)

Wikipedia editors use talk pages to debate whether to include associations with marginalized social groups in biographic articles. These debates tend to splinter into competing groups of activists campaigning to include or exclude information about an individual’s group association. Theories of social activism suggest that activists’ positions are rooted in collective identity and enacted through collective action; however, digitalization appears to mitigate the importance of collectiveness in activism campaigns. We study the case of unsuccessful activism around the Wikipedia biography of Apple CEO Tim Cook and his speculated affiliation with the lesbian, gay, bisexual, transgender, and queer/questioning (LGBTQ) community. Activist editors cocreating Cook’s biography campaigned to include or exclude information about his sexual orientation. Using a case study approach, we consider indicators of collective identity—language use, group affiliation, and position in the social network. Notably, activists’ rhetoric contained individualistic rather than collectivistic language. In addition, activists’ stances toward inclusion versus exclusion were unrelated to their group affiliations or positions in the social network. This research adds to growing evidence that digital platforms can supplant the role of collective identity and collective action in modern activism campaigns. Moreover, it reveals how activism by individuals who are connected but not collective can result in scattershot efforts that lack the organization to converge upon a winsome platform or strategic plan. Finally, this case illustrates that the digitalization of social activism may lead to wasted efforts and endless tug-of-war rather than sustained social change unless collectivity is achieved. 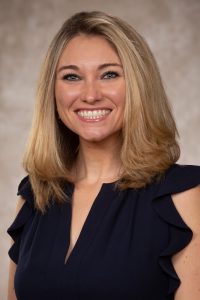