Data on the Web Best Practices: Challenges and Benefits

There is a growing interest in the publication and consumption of data on the Web. Government and non-governmental organizations already provide a variety of data on the Web, some open, others with access restrictions, covering a variety of domains such as education, economics, ECommerce and scientific data. Developers, journalists, and others manipulate this data to create visualizations and perform data analysis. Experience in this area reveals that a number of important issues need to be addressed in order to meet the requirements of both publishers and data consumers.

In this webinar we will discuss the key challenges faced by publishers and data consumers when sharing data on the Web. We will also introduce the W3C Best Practices set (https://www.w3.org/TR/dwbp/) to address these challenges. Finally, we will discuss the benefits of engaging data publishers in the use of Best Practices, as well as improving the way data sets are made available on the Web. 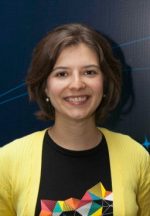 Caroline Burle dos Santos Guimarães
Caroline Burle dos Santos Guimarães is responsible for the Institutional Relations of the Center for Studies on Web Technologies (Ceweb.br) and W3C Brasil. He is a specialist in Negotiation for the Getúlio Vargas Foundation and a Master in International Relations from San Tiago Dantas. He is a member of the Center for Studies and International Analysis and Fellow of the OAS Open Government Program in the Americas. It is one of the publishers of the W3C Data on the Web Best Practices document. Research on open government, international relations and foreign policy, with experience in the work of subnational governments in the area of web, open data and Internet governance. 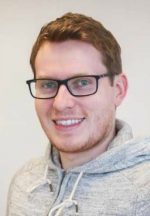 Newton Calegari
Newton Calegari holds a bachelor's degree in Computer Science and a Master's Degree in Digital Intelligence and Design Technologies (TIDD) from the Pontifical Catholic University of São Paulo (PUC-SP). He is a project leader at the Center for the Study of Web Technologies at NIC.br (Ceweb.br) and at the W3C Brasil office. He is one of the editors of the W3C Data on the Web Best Practices recommendation. Research and work in the area of Semantic Web, Open Web Platform, standardization and emerging Web technologies.