Digital Preservation Metadata and Improvements to PREMIS in Version 3.0

Developed by an international team of experts, PREMIS is implemented in digital preservation projects around the world, and support for PREMIS is incorporated into a number of commercial and open-source digital preservation tools and systems. The PREMIS Editorial Committee coordinates revisions and implementation of the standard, which consists of the Data Dictionary, an XML schema, and supporting documentation.

The PREMIS Data Dictionary is currently in version 2.2. A new major release 3.0 is due out this summer. 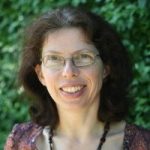 Angela Dappert
Dr. Angela Dappert is Senior Research Fellow at the University of Portsmouth. She has widely researched and published on digital preservation. She has consulted for archives and libraries on digital life cycle management and policies, led and conducted research in the EU-co-funded Planets, Scape, TIMBUS, and E-ARK projects, and applied digital preservation practice at the British Library through work on digital repository implementation, digital metadata standards, digital asset registration, digital asset ingest, preservation risk assessment, planning and characterization, and data carrier stabilization. Angela holds a Ph.D. in Digital Preservation, an M.Sc. in Medical Informatics and an M.Sc. in Computer Sciences. She serves on the PREMIS Editorial Committee and the Digital Preservation Programme Board of National Records Scotland.