We applied this arts-informed approach in a French higher education setting and took the experiment further by extending it to the concept of communication. Our webinar reports on how Masters' student in a French School of Journalism and Communication (Aix-Marseille University) perceive the concepts of information and communication. An international I-Square group has been formed and experiments have begun worldwide on conceptions of information using graphic representations (Hartel 2014: http://www.isquares.info/). 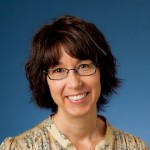 Jenna Hartel
Dr. Jenna Hartel is an Assistant Professor at the Faculty of Information, University of Toronto. Her research explores the nature of information in the pleasures of life (Kari & Hartel, 2007) through concatenated research into serious leisure (Hartel, 2003, 2010). She is an ethnographer and advocate of arts-informed, visual methods (Hartel & Thomson, 2011; Hartel, et al., 2012) for the study of information. Her work has been reported in JASIS&T, Journal of Documentation, and Information Research, among other channels. Dr. Hartel says, "My work aims to be an imaginative, energetic, and committed form of intervention in the field of information science. To that end, my ideas are expressed and packaged in non-standard forms of presentation that are playful and accessible to all. I hope to be a catalyst, endeavoring to inspire the field of information science to explore new areas, import new methods, and break out of traditional boxes." One examplar intervention is the panel series, "Metatheoretical Snowmen"(Hartel, 2009, Hartel, et al., 2011, Hartel, 2012;) and another is the iSquare project at hand. Dr. Hartel has been a member of ASIS&T since beginning her doctoral studies in 2001; she is a frequent presenter at the ASIS&T Annual Meeting and a member of SIG-USE and SIG-FIS. 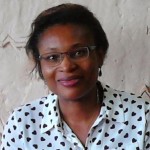 Fidelia Ibekwe-SanJuan
Fidelia Ibekwe-SanJuan is a Full Professor at the School of Communication & Journalism Aix-Marseille University, France.  Her research is multi-faceted. In the early part of her career, she carried out empirical and applied work in the fields of text mining, topic mapping and information retrieval. She later became interested in the impact of recent advances in ICTs (big data, open data, web 2.0) on different fields of activity and on scientific research. Lately she has been grappling with the epistemological underpinnings of research done in LIS and neighbouring fields (Ibekwe-SanJuan 2012, Ibekwe-SanJuan & Dousa, 2013). This has led her to becoming interested in the history and foundations of information and communication sciences.  Since joining ASIS&T, Fidelia has served the association in many capacities. Currently she is a Director-at-large of the ASIST, chair of the History and Foundations of Information Science (SIG HFIS: http://www.asis.org/SIG/SIGHFIS/) and member of the International Relations Committee (IRC). She was past chair of the European chapter of the ASIS&T between 2011-2012 and currently its assembly representative. She was a recipient of the New Leaders’ Award for 2012-2013.