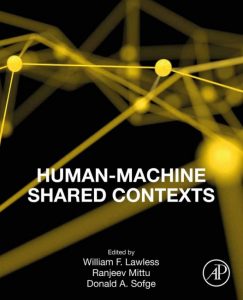 Human-Machine Shared Contexts considers the foundations, metrics, and applications of human-machine systems. Editors and authors debate whether machines, humans, and systems should speak only to each other, only to humans, or to both and how. The book establishes the meaning and operation of “shared contexts” between humans and machines; it also explores how human-machine systems affect targeted audiences (researchers, machines, robots, users) and society, as well as future ecosystems composed of humans and machines.

This book explores how user interventions may improve the context for autonomous machines operating in unfamiliar environments or when experiencing unanticipated events; how autonomous machines can be taught to explain contexts by reasoning, inferences, or causality, and decisions to humans relying on intuition; and for mutual context, how these machines may interdependently affect human awareness, teams and society, and how these "machines" may be affected in turn. In short, can context be mutually constructed and shared between machines and humans? The editors are interested in whether shared context follows when machines begin to think, or, like humans, develop subjective states that allow them to monitor and report on their interpretations of reality, forcing scientists to rethink the general model of human social behavior. If dependence on machine learning continues or grows, the public will also be interested in what happens to context shared by users, teams of humans and machines, or society when these machines malfunction. As scientists and engineers "think through this change in human terms," the ultimate goal is for AI to advance the performance of autonomous machines and teams of humans and machines for the betterment of society wherever these machines interact with humans or other machines.

For a sneak peak of the book, "Human-Machine Shared Contexts," read a free preview of Chapter One entitled, "Front Matter." 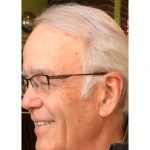 William F. Lawless was a mechanical engineer in charge of nuclear waste management in 1983 when he blew the whistle on the Department of Energy’s (DOE) mismanagement of its military radioactive wastes. For his PhD topic on group dynamics, he theorized about the causes of tragic mistakes made by large organizations with world-class scientists and engineers. After his PhD in 1992, DOE invited him to join its citizen advisory board (CAB) at DOE’s Savannah River Site (SRS), Aiken, SC. As a founding member of DOE's SRS CAB, he coauthored numerous recommendations on environmental remediation from radioactive wastes (e.g., the regulated closure in 1997 of the first two high-level radioactive waste tanks in the USA, possibly the world). He was the SRS CAB co-technical advisor on incineration, 2000-03, and technical advisor in 2009. He was a member of the European Trustnet hazardous decisions group. He is a senior member of IEEE. His research today is on the metrics for, and entropy generation by, autonomous human-machine teams (A-HMT). He is the lead editor of five books (Springer 2016; 2017; CRC 2018; Elsevier 2019; 2020). He was the lead organizer of a 6-article special issue on “human-machine teams and explainable AI” by AI Magazine (2019). He was a co-editor for the Naval Research & Development Enterprise (NRDE) Applied Artificial Intelligence Summit, October 2018, San Diego. He is on the Office of Naval Research's two Advisory Boards for the Science of Artificial Intelligence and Command Decision Making (2018-current). He has authored or co-authored over 80 articles and book chapters, over 150 peer-reviewed proceedings and received almost $2 million in research grants. He has co-organized twelve AAAI symposia at Stanford (2020: AI welcomes Systems Engineering: Towards the science of interdependence for autonomous human-machine teams; https://aaai.org/Symposia/Spring/sss20symposia.php#ss03). 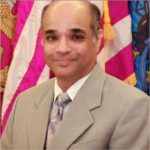 Ranjeev Mittu is the Branch Head for the Information Management and Decision Architectures Branch within the Information Technology Division at the U.S. Naval Research Laboratory (NRL).  He leads a multidisciplinary group of scientists and engineers that conduct research and advanced development in visual analytics, human performance assessment, decision support systems, and enterprise systems. Mr. Mittu’s research expertise is in multi-agent systems, human-systems integration, Artificial Intelligence (AI), machine learning, data mining and pattern recognition; and he has authored and/or coedited six books on the topic of AI in collaboration with national and international scientific communities spanning academia and defense.  He has previously served or is currently serving in the following capacities: 1) Participation in The Technical Cooperation Program (TTCP), an international organization that promotes scientific exchange and collaboration between New Zealand, UK, Australia, Canada and USA (2005-current); 2) Served as a Technology Subject Matter Expert for the Joint IED Defeat Organization (2007-2008); 3) Served as a Subject Matter Expert on the Netcentric Systems Test S&T working group. The U.S. Army Program Executive Office for Simulation, Training, and Instrumentation (PEO STRI) at the direction of the Test Resource Management Center (TRMC), Office of the Secretary of Defense (OSD) was the lead for this activity (2006-2009); and 4) Served on the NRL Invention Evaluation Board (IEB).  The IEB is a working group composed of top researchers at NRL in their fields who evaluate new technologies and concepts developed at NRL for potential filing with the USPTO (2006-2008).  Mr. Mittu received a Master of Science Degree in Electrical Engineering in 1995 from The Johns Hopkins University in Baltimore, MD. 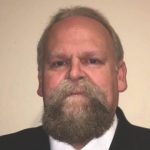 Don Sofge is a Computer Scientist and Roboticist at the Naval Research Laboratory (NRL) with 32 years of experience in Artificial Intelligence, Machine Learning, and Control Systems R&D. He leads the Distributed Autonomous Systems Group in the Navy Center for Applied Research in Artificial Intelligence (NCARAI), where he develops nature-inspired computing paradigms to challenging problems in sensing, artificial intelligence, and control of autonomous robotic systems. He has served as PI/Co-PI on dozens of federally-funded R&D efforts, and has more than 170 refereed publications in robotics, artificial intelligence, machine learning, planning, sensing, control, and related disciplines, and one patent on virtual state estimation for semiconductor fabrication. His current research focuses on control of autonomous teams or swarms of heterogeneous robotic systems. He has served as an advisor on autonomous systems to DARPA, ONR, OSD, ARL, NSF, and NASA, as well as US representative on international TTCP and NATO technical panels on autonomous systems, and has participated as a member of the following Interagency Working Groups under the National Science and Technology Council (NSTC) Networking and Information Technology Research and Development (NITRD) Program: Intelligent Robotics and Autonomous Systems (IRAS) (formerly Robotics and Intelligent Systems), Machine Learning and Artificial Intelligence (MLAI), and AI R&D Ad Hoc Group. Mr. Sofge also occasionally serves as an Adjunct Faculty Member at the University of Maryland where he teaches graduate-level courses in Robotics.