This webinar will introduce the basic building blocks of social networks, i.e., actors, the relations that connect them, the interpersonal ties these form, and the network structures that result. Exposure to information, who exchanges it with whom, and who trusts that information are each affected by the structure of the network in which that information circulates, and the types of ties maintained with others in the network. Prominent actors may influence others by being sources of information that reach a wide range of others; peripheral actors may be important for new information when their network connects to other networks; and brokers may facilitate or constrain the transmission of information between networks. These roles and positions explain why certain information circulates a network, and also suggests ways to facilitate information flow. Learning is one result of the circulation of information building on exposure to information, exchange with others, and interaction toward shared understanding. Many contemporary approaches to learning emphasize the social aspect: learning by observation, apprenticeship, and imitation of others, working out individual understanding through interaction and dialogue, and coming to joint understanding through collaborative learning. Building on an understanding of the social network perspective, this webinar with then explore learning as a network phenomenon, considering the kinds of relations that support learning and ties in learning relationships, and the networks that reveal and sustain learning communities. 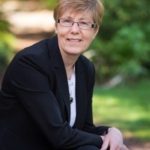 She has an international reputation in research on e-learning, virtual community, and distributed knowledge from a social network analytic perspective, and the impact of social media and the Internet on work, learning and social interaction. She is a founding member of the Society for Learning Analytics Research (http://solaresearch.org/), an international organization focused on exploring the role and impact of analytics in support of teaching, learning and academic achievement. Current research engages with: learning on and through the Internet, in both formal and informal settings; motivations to participate in open, online initiatives; and ramifications for policy and society resulting from the new forms and practices associated with open, online interaction.

Major publications include The SAGE Handbook of E-learning Research (2007 with Richard Andrews; 2016 with Richard Andrews, Jude Fransman and Eric Meyers), E-learning Theory and Practice (2011, with Richard Andrews), The Internet in Everyday Life (2002, with Barry Wellman), and special issues on ‘New Media, New Literacies, and New Forms of Learning’ for the International Journal of Learning and Media (2014, with Eric Meyers) and ‘Learning Analytics’ in the American Behavioral Scientist (2013, with Maarten de Laat and Shane Dawson). Further information can be found on her website http://haythorn.wordpress.com/.