Surprising Ways in Which the Internet Can Be Used to Alter People’s Beliefs, Opinions and Attitudes – Even Our Votes

Somewhat accidentally, the Internet has given rise to new techniques for influencing people on a massive scale that have no precedent in human history. When search engines show results that favor one perspective or another, that can easily change the attitudes or preferences of people who are undecided on an issue. Recent research published in the Proceedings of the National Academy of Sciences shows, for example, that search rankings favoring one political candidate can easily shift the voting preferences of undecided voters by 20 percent or more - by up to 80 percent in some demographic groups.

This effect, called the Search Engine Manipulation Effect (or SEME, pronounced "seem"), has been replicated in multiple studies with more than 10,000 people in 39 countries. SEME is especially problematic because people generally cannot detect biased search rankings; in other words, the effect is invisible to users. It also leaves no paper trail, which means authorities have no way at present of detecting it. SEME can also shift opinions, attitudes, or beliefs about almost any topic. Because many elections are very close, SEME has probably been determining the outcomes of upwards of 25 percent of national elections worldwide for years, and its impact is increasing as Internet penetration continues to grow. Even without deliberate planning by search engine executives, search algorithms are affecting both votes and opinions because of the way they are programmed to favor some search results over others - a process that currently lacks even minimal transparency. 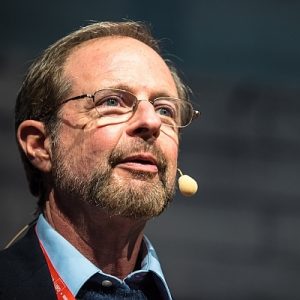 Robert Epstein is Senior Research Psychologist at the American Institute for Behavioral Research and Technology, as well as the former editor-in-chief of Psychology Today magazine. A Ph.D. of Harvard University, he has published 15 books on artificial intelligence, creativity, stress management, and other topics, as well as more than 250 scientific and popular articles, including a recent report in the Proceedings of the National Academy of Sciences entitled "The Search Engine Manipulation Effect (SEME) and Its Possible Impact on Elections" (http://bit.ly/1REqzEY). SEME is one of the largest behavioral effects ever discovered, and it is nearly invisible as a source of influence, which makes it especially dangerous. Dr. Epstein's research suggests that SEME is currently determining the outcomes upwards of 25 percent of the world's national elections and that it is not just affecting how people vote. His newest research suggests that search rankings are impacting virtually every decision we make - without our knowing this is happening and without leaving a paper trail for authorities to examine. A thought leader in the behavioral sciences, Dr. Epstein is typically interviewed by journalists between 50 and 100 times a year. You can learn more about his work at http://drrobertepstein.com or http://AIBRT.org. His new article in Aeon magazine, "The New Mind Control," which is about how the Internet can be used to manipulate people's thinking, is available at http://bit.ly/1TrxbIV.