The Birth of the CIA and ASIS&T: A Backstory and Overview of America’s Information Wars (Meet the Authors Series)

The presentation will describe how the author came to explore the relationship of information science’s new methods and practitioners of the 1940s and 1970s to the emergence of the United States’ modern intelligence apparatus, including the office of the Coordinator of Information the Office of Strategic Services and the Central Intelligence Agency.

Then, the author will outline the major findings in, America’s Information Wars: The Untold story of Information Systems in America's Conflicts and Politics from World War II to the Internet Age, Lanham, MD: Rowman & Littlefield, 2018). 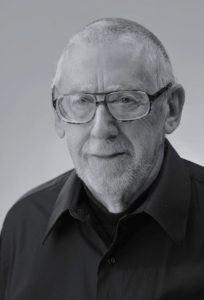 Colin B. Burke was a West Coast professional musician who in middle-age became an historian and college professor. He has published some eight books and critical studies, many articles on quantitative methods in history, Jacksonian politics, American colleges in the 19th century, the history of computers and codebreaking technologies, the history of non-profit organizations, espionage, the fate of early international science information systems, and the history of information science and its leading figures.

He has received research and study grants from major private organizations and many government agencies. He is a fellow of the Social Science Research Council and several other academic organizations, was a senior Fulbright Scholar in Warsaw when Poland rejected Communist rule, was a scholar in residence at the National Security Agency and was a Eugene Garfield Fellow at the Chemical Heritage Foundation.   His, America’s Information Wars, was honored with the ASIS&T’s Best Book Award for 2019.  Currently, he is completing a study of American Communists, 1920s-1990s.