The Current State of Automated Content Tagging: Dangers and Opportunities

There are real opportunities to use technology to automate content tagging, and there are real dangers that automated content tagging will sometimes inappropriately promote and obscure content. We’ve all heard talks about AI, but little detail about how these applications actually work. Recently I’ve been working with clients to explore the current state of the art of so-called AI technology, and to trial several of these tools with research, policy and general news content. In addition to framing the debate about whether this is AI or automation, this talk will describe how to run trials with these tools, and will show some results from actual trials. 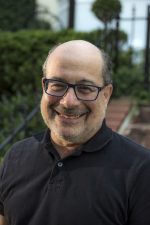 Mr. Busch is the Founder and Principal Consultant at Taxonomy Strategies. For the past 14 years Taxonomy Strategies has been guiding organizations such as Deloitte, the Center for Medicare and Medicaid Services, and the Robert Wood Johnson Foundation in developing frameworks that help improve information capture, preservation, search, retrieval, and governance. Mr. Busch is a past President of the Association for Information Science and Technology, and past member of the Dublin Core Metadata Initiative Executive Committee. Mr. Busch has just started a new company called Semantic Staffing, a recruiting service for information management professionals.

Before founding Taxonomy Strategies Joseph Busch was Vice President for Infoware at Metacode Technologies which was an early developer of commercial semantic technology applications based on latent semantic indexing (LSI) and other methods. Metacode was acquired by Interwoven in 2000.

The Getty's Program Manager for Standards and Research Databases, including the Getty Vocabulary Program from 1993-98. The Getty began publishing the vocabulary resources as linked open data in 2014.

Mr. Busch is a past President of the Association for Information Science and Technology, and past member of the Dublin Core Metadata Initiative Executive Committee.