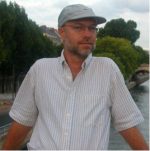 Brief Career Biography
During college in Washington State, I worked in an academic and a government library as a student worker and volunteered in a public library. That led to a Master’s in information studies (Syracuse University) and two jobs as a systems analyst. In the latter positions, I decided I wanted to focus on research and teaching, and went to Stanford University for a doctorate in Communications Research, focusing on computer-mediated communication. From there I went to UCLA as an Assistant (and later Associate) Professor. After three years as department chair I went back to full-time teaching at UK for another 18 years, and then retired. I continue to write information science books and articles, and to attend ASIS&T meetings.

Benefits of ASIS&T
The benefits vary depending on your career path and stage of career. As an academic, I can say that attending ASIS&T meetings led to a number of good experiences: exposure to new ideas and research, meeting fascinating people, practice in public speaking, opportunities to both interview and be interviewed for positions. At my first ASIS&T meeting I met people whose work I had read; I never dreamt that I would have a chance to talk to them in person. I also first met the editors of major information science journals at ASIS&T meetings. And it has contributed to my life through travel: I have almost always taken a few hours, or even an entire extra day, to see the city where ASIS&T has its Annual Meeting. Among the places that ASIST took me for the first time were Washington, DC, Atlanta, GA, Columbus, OH, Providence, RI, Milwaukee WI, and Austin, TX (of course ASIS&T has taken me to many more cities than those, but not for the first time). For all these reasons, ASIS&T is a great group to be a part of.

Advice for New Information Professionals
Don’t be afraid to move to new cities or change employers.