Borgman to Receive Award of Merit 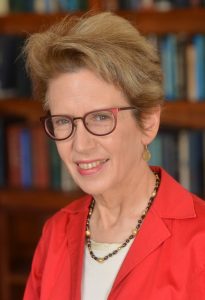 The Association for Information Science & Technology (ASIS&T) is delighted to announce that Professor Christine L. Borgman, Distinguished Research Professor and Presidential Chair in Information Studies Emerita at the University of California, Los Angeles is the 2019 recipient of the ASIS&T Award of Merit, the highest honor presented by the Association. The award’s purpose is to recognize an individual deemed to have made particularly noteworthy and sustained contributions to the information science field and is awarded for the sum of a person’s professional career. Candidates are assessed based on 3 criteria: impact on theory, scholarship, and practice; exemplary leadership and sustained involvement; and education and mentoring.

Prof. Borgman is the author of more than 250 publications in information studies, computer science, and communication, including three books published by the MIT Press. Big Data, Little Data, No Data: Scholarship in the Networked World (2015), winner of the 2015 American Publishers Award for Professional and Scholarly Excellence (PROSE Award) in Computing and Information Sciences; Scholarship in the Digital Age: Information, Infrastructure, and the Internet (2007) and From Gutenberg to the Global Information Infrastructure: Access to Information in a Networked World (2000), both winners of the Best Information Science Book of the Year award from ASIS&T. She is a fellow of the American Association for the Advancement of Science and of the Association for Computing Machinery; recipient of the Paul Evan Peters Award from the Coalition for Networked Information, Association for Research Libraries, and EDUCAUSE; and a Legacy Laureate of the University of Pittsburgh. Her research addresses scientific data practices and policy; open science and open access; data sharing and reuse; knowledge infrastructures; privacy; and data governance. She has held visiting appointments at Harvard University, the University of Oxford, Lund University, Royal Netherlands Academy of Arts and Sciences, Loughborough University, Budapest University of Economic Sciences, and Eötvös Loránd University.

“Dr. Christine L. Borgman is one of the most important internationally-recognized scholars and leaders in the field of information science. She has demonstrated an impressive sustained body of work throughout her career which makes her a perfect candidate for the ASIS&T Award of Merit,” wrote Sandy Hirsh of the San Jose State University in her nomination of Dr. Borgman.

In her letter of nomination, Dr. Carol Tenopir wrote, “Chris has coalesced her thoughts in her three award-winning books…In all of her books, she meticulously summarizes the past with comprehensive coverage of the literature, while providing a picture of the present state of practice and scholarship in the respective areas and speculates on the future of scholarly communication in the context of digital publishing or research data. Each of the books is the result of many years of study and integrated thinking.”

Tefko Saracevic, PhD of Rutgers University, a previous Award of Merit winner wrote, “She is an internationally known researcher, teacher, and writer in several areas most notably in information retrieval, human-computer interaction, information seeking and use, scholarly communication, and bibliometrics. Her studies and publications are landmark, receiving international attention, as witnessed by citations to her work. In her area, she is a top cited and widely recognized scholar”

According to Clifford Lynch, PhD, of the University of California at Berkeley and also an Award of Merit winner, “She has played important roles on various advisory committees for various federal agencies such as the National Science Foundation, National Academies boards and study panels (including chairing an important study a few years ago about the prospects for cyber-learning, which I had the privilege of serving on), not-for profit public interest groups addressing privacy and related policy issues, and also high­profile working groups within the University of California system.”

In concluding her letter of nomination, Sandy Hirsh wrote, “Dr. Borgman has made lasting contributions to the information science and education fields. In fact, she has been so active and productive in every aspect of her career that it is difficult, in this brief nomination letter, to do justice to all of the significant contributions she has made!”

Upon learning of her selection as the 2019 Award of Merit winner, Prof. Borgman said, “It is an especially great honor to receive this prestigious award, as ASIST has been a constant throughout my professional life. I joined as an MLS student at the University of Pittsburgh, presented my first scholarly paper at an ASIST conference, followed by papers from my library automation practice, from my doctoral research at Stanford University, and my years at UCLA. Now my students, including Sandra Hirsh and Nadia Caidi, are leaders of ASIST.”

Prof. Borgman will receive her award at the 2019 meeting of the Association for Information Science & Technology (ASIS&T) which will be held in Melbourne, Australia, October 19-23, 2019.