Dr. Sean Burns will talk about the role that knowledge management (and sub areas) might play in open science. The open science movement has the goal of making transparent as much of the scientific process as is possible. This entails making publicly available (open source, access, etc.) the parts of the scientific workflow, such as the data, the software code, the manuscripts, that are used or generated in the process of doing research. However, Michael Polanyi's theory of tacit knowledge raises a dilemma that knowledge management researchers might be able to address. Specifically, if we accept the theory of tacit knowledge, the idea that we can know more than we can tell, is generally true, and if we accept that it is true for scientists, then this entails that scientists rely on a knowledge of science in their scientific pursuits that cannot be codified. By implication, this suggests that there is something unscientific about doing science itself and that not all science can be opened. 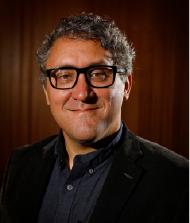 Dr. Sean Burns is currently an associate professor of information science at the University of Kentucky where he teaches in the library science and the information communication technology programs. He has published historical research, quantitative studies, and qualitative studies on topics related to academic libraries, automation, scholarly communication, information retrieval, and peer review. His initial research on the topic of this talk will be published in the March 2021 issue of Information & Culture in a paper titled, "What documents cannot do; Revisiting Polanyi and the tacit knowledge dilemma". He is currently on the editorial board of the journal Publications and the journal frontiers in Research Metrics and Analytics.