Posted on February 28, 2017 by Yolande Nanayakkara 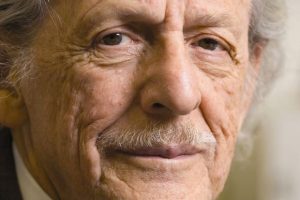 Dr. Garfield’s career in scientific communication and information science began in 1951 when he joined the Welch Medical Indexing Project at Johns Hopkins University. The project was funded by the Army Medical Library, the predecessor of the National Library of Medicine. The goal of the project was to examine basic and applied problems of medical information retrieval, and the application of new methods to indexing the biomedical literature — a key objective was to improve the currency of the Current List of Medical Literature, through machine methods of compilation. This led to the present Index Medicus. In addition, the Welch Project planted the seeds for several major advances in scientific communication and information science that have distinguished Dr. Garfield’s career. They can be expressed as two basic and related themes: information discovery and information recovery.

In 1958, Garfield was contacted by Dr. Joshua Lederberg, who was interested in knowing what happened to the citation index Garfield had proposed in 1955 in Science. Their correspondence eventually led to a meeting with the NIH genetics study section and funding to produce and distribute a Genetics Citation Index.

Beginning in 1961 Garfield’s career is marked by an extraordinary development of new information tools for researchers combined with constant enhancement of existing tools. This included Automatic Subject Citation Alert (a personalized selective dissemination of information service now called Research Alert) as well as numerous other indexes that assisted a wide range of fields – from sciences to the humanities. Garfield began regular publication of the Science Citation Index in 1964 through the Institute for Scientific Information, the name his firm assumed in 1960. The SCI soon distinguished itself from other literature indexes and was recognized as a basic and fundamental innovation in scientific communication and information science.

It is no surprise that he held many positions (including ASIS&T President, 1999-2000) and won numerous awards (spanning seven decades from several organizations) for his contributions; served on multiple boards and his impressive bibliography is enviable. However, what ASIS&T members will remember is the man himself. As the rest of the world reflects on the passing of a scientific genius, ASIS&T reminisces on the dignity and generosity of a colleague. Dr. Garfield gave generously of his time to mentor young professionals starting out in the information science field. He demonstrated his intelligence by knowing that a good idea can come from anyone – even a young student. He was a dedicated family man and had a dry sense of humor. We all feel a bit lonelier with his warmth gone and extend our condolences to his family for their loss. We honor his contributions and thank him for not only enhancing the IS field, but our lives as well.

Get to know Dr. Garfield better, or remember all that he contributed by visiting these sites:

Webstories for 10 videos on his life:  https://www.webofstories.com/play/eugene.garfield/1

1967 Film on How to Use the Science Citation Index. This is Part 1 of 4 Parts: https://www.youtube.com/watch?v=abNZ66ZLbjU

Published on May 13, 2014: Watch Dr. Eugene Garfield, founder of the Science Citation Index (SCI) and the Institute for Scientific Information (ISI), now Thomson Reuters, discuss the origins and evolution of SCI and citation indexing:  https://www.youtube.com/watch?v=2kZ0_5HTYDQ

Published on Sep 28, 2015: Journal Citation Reports has led an exciting story from its creation 40 years ago. See what creator, Dr. Eugene Garfield, has to say on its creation, evolution, and plans for the future:  https://www.youtube.com/watch?v=psgt4zbzbOU